Freddie Mercury became one of the most lauded frontmen in the history of rock music thanks to his incredible career with Queen and...
Read more
Music

Even under the best of conditions, musical collaboration can be hard to pull off. ...
Read more
Music

The Weeknd Debuts Trippy Video for ‘Until I Bleed Out’

11 mins ago Music Videos The saga continues. The Weeknd debuts the fifth installment in his After Hours video series for “Until I Bleed Out.” After being...
Read more 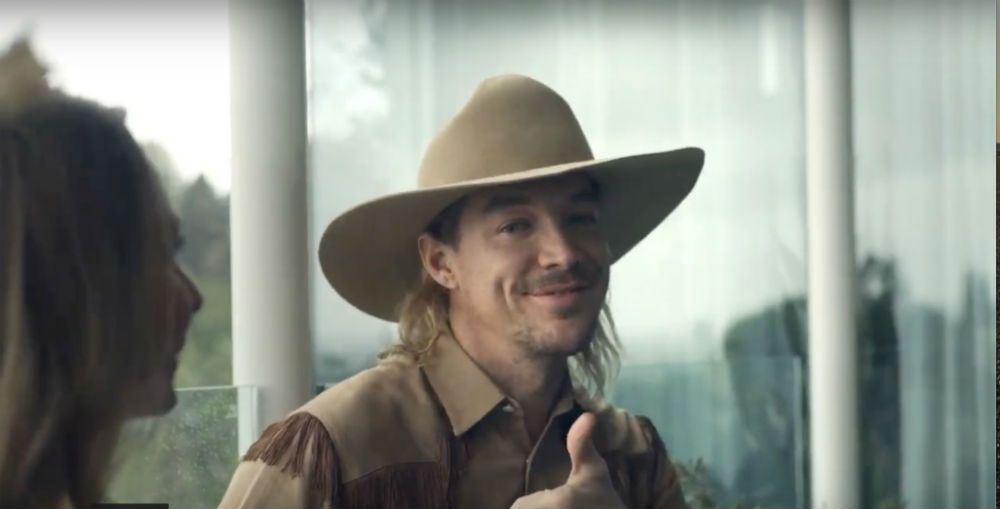 There’s no DJ/producer quite as genre-defying as Diplo — and he just confirmed a country album on the way.

It’s time to meet Diplo’s country alter ego, Thomas Wesley, which just so happens to be his real name. He’s already taken on Stagecoach Festival, remixed one of the greatest hit collaborations of all time, Lil Nas X’s “Old Town Road” featuring Billy Ray Cyrus, mimicked playing a banjo on stage at the GRAMMYs, and proved he can rock a cowboy hat better than your average cowboy.

The natural next step is a full album…

He shares in the post below, “heartless just went double platinum, crossed a 100 million on Spotify and has about a 100 billion spins on tiktok… gonna put out the next thomas wesley single soon and album.”

See Thomas Wesley in action for the “Heartless” music video… and get ready for more.

Dive deep into the history of Ursula in the dark miniseries 'Disney Villains: Ursula and the Seven Seas'Unveil the sordid history of the...
Read more

"I knew that it was just — our time was coming to an end. I don't know what to say other than that."I...
Read more

James Norton remains the current favourite to don the famous tux next, priced at 2/1.Outlander actor Sam Heughan has crept back up the...
Read more

[VIDEO] ‘The Masked Singer’: [Spoiler] Is Kangaroo in Season 3

RELATED STORIES If there was a stealth competitor in this season of The Masked Singer, it was Kangaroo. It wasn’t so much that viewers didn’t start...
Read more